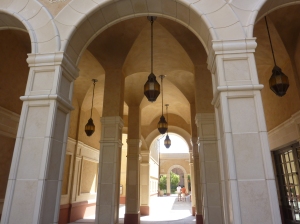 This year has been the most adventurous so far. The year started off with a family trip to Shanghai, found out that I got into USC Interactive Media Master Program, learned how to create an iOS game with friends. attended Graduation at RIT then a couple months in Japan participating in a study abroad program. Now I’m in Los Angeles going to University of Southern California working towards an MFA in Interactive Media. I have lived on the East Coast my entire life and now I’m on the west coast starting anew. I am grateful and thankful for my family for supporting my dreams and aspirations. My RIT family and friends have been astounding during the past four years. I will always remember the wonderful opportunity given to me there and it allowed me to do everything that I wanted there. But now I’m starting fresh and a new college, at a new place working further towards my dream. 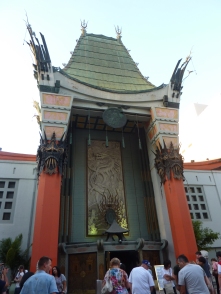 These past few weeks in LA have been quite surreal. I got my first off campus apartment and learned the process in signing up for utilities and familiarizing myself with my neighbors and landlord. It is quite a different experience than living the dorms with some pros and cons. I spent a couple days with my father as he help me purchase all the necessary things I need to make my living space as comfortable as possible. With his rental car, we went all over LA. From the Getty Villa by Santa Monica Beach to the Chinese Theater looking at the various hand prints on the concrete floor by various celebrities. It is very different from the simple life that I had at home and at RIT.

Before I knew it, my Dad was on his way home and I was by myself learning how to adjust to this new life. I attended the USC general graduate student orientation and met a variety of graduate students from a variety of backgrounds. Many have worked before they decided to come back to school to improve their current skill set or to learn something that they have always wanted. I also participated in a campus tour. The USC campus is beautiful and magnificent. The buildings have quite the personality with influences from Roman architectural. The USC School of Cinema Arts building is even more magnificent with tall ceilings and marble floors. It really feels like once you enter the Cinema complex that “Reality Ends Here.” Later on the week I attended the Interactive Media student orientation and for the first time, got to meet all of my fellow classmates. All of them are really cool and super intelligent and of course passionate about games. It will be an exciting three years working with my fellow classmates hoping to push the envelope of the definition of games.

First week of school has been quite interesting. Coming from a quarter system to a semester system (also from a undergraudate program to graduate program, you take fewer credits as a graduate) the pace seem to move slower than I’m used to. Unlike RIT, all the building names uses Initials instead of numbers (however RIT is trying to change that! :(). I feel like it is easier to remember numbers than letters but it is an adjustment that must be made!

My first class was with the Tracy Fullerton, a well known game designer and one who helped set up the Interactive Media program at USC School of Cinematic Arts. Story of her life has been fascinating to hear and I can understand why she is so good in her trade. Life does bring to unsuspecting places. Our first assignment for her class was to write an analysis on various systems. Some of the systems came from physical games while others were representations of systems we use every day in the outside world. I chose the Magnetic Poetry system. It was quite difficult for me to analyze the system but over the course of the week I was able to analyze it fully. Next class was Experiments Interactivity where we learn about various film makers and camera techniques used. We also learn how to use a professional video camera and the basic construction of one. All of the assignments are to create mini-films starting with a linear narrative one but soon to get more creative and crazier later on in the semester.

The following class is quite an interesting one. It is called Survey of Interactive Media. I like to call it the class where you have to play cool games. It is a class that looks at a variety of media that have cultural impact. Due to the size of the class, we watch films however we have to play selected games outside of class. One of the First Films we watch is “Until the End of the World.” Here is a trailer.

It was created around 1991 but it shows what the director thinks the world will be like in eight years. I would not recommend watching the directors cut as it will feel like a century watching it, but it is one of those films that belongs in a Modern Art Museums with it surrealist feel and themes. A couple of games that we get to play are Journey and Super Meat Boy. Many of the games required of us to play I have always wanted to play but never found the time to do so. Every other week we have to write an 2000 word analysis on the various media that we have consumed and write about what we feel and it’s potential cultural impact in the media space.

The final class I am taking this semester is Cinematic Arts Seminar. Every four weeks, a variety of professors give five minute lectures on what they work on or exploring. There “micro talks” are hosted by none other than Mr. R. Lemarchand! The first micro talks were quite intellectually stimulating covering various topics like comedy and stereoscopic 3D. Between these Seminar, we have to partake in various excursions. They can be a lecture from a professor to a place that have significant media influence. This past week I went to the Warner Brothers Archives. The Archives has a many scripts from really old Warner Brothers movie like Casablanca. They recently got a shipment of old animation paintings and cells that will be added to the collection. It is a really cool resource for the Cinema students to be able to take advantage of.

Of course all of this was not just school work. Some of the IMD grad students host a party for us first years to meet them and to understand more about the IMD program. They had delicious sushi and salad. Besides food we all played a variety of games. I participated in a really intense game of “Pandemic”. Just when it seemed like we were going to lose, the group was finally able to find a winning solution. I consider “Pandemic” one of my favorite board games. (A shout out to Prof. Vick for introducing the game to me for the first time! :D) 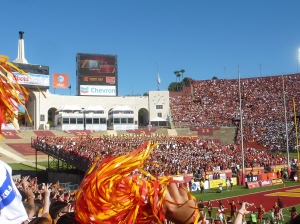 To end the first week, I went to my very first college football game ever!! USC is currently ranked number one, and it shows. With in the first minute, the football team already got a touch down and the fans went wild. I thought the RIT corner crew was enthusiastic but the USC students were at a whole different level. The “Spirit of  Troy”, USC marching band, was also incredible. The band members were in perfect sync the the music sounded excellent. It is definitely different from the “standing band” that I was in during high school. I did purchase the student season pass and can not wait to attend the next game. Maybe by the end of this year I will actually understand football! :p 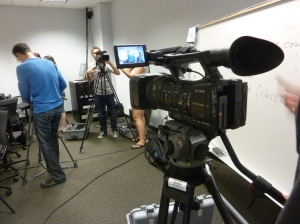 The second week started off calm with the celebration of “Labor Day” which was quite unusual since at RIT we never celebrated it. This was also the week we got our super awesome cameras to help us with our video project. I already storyboard my idea, and excited to start filming. We also finally finished watching Until the End of the World and the ending was quite different to what you are lead to believe, but I was glad when it was over. We are going to watch Exsistance next week. I have heard really good things about it, it excited to get to watch it.

Friday I got to play Johann Sebastian Joust for the first time. It is a no-graphics game that transform the room into a playground with the goal being the last player standing with their Playstation Move Controller. The player needs to hear the music to understand how quickly they can move their Controller other wise their torch will be “extinguish”. It is quite a different gaming experience than the one in front of your television set.

I went to IndieCade IndieThon to end my second week. Many of the games here will be showcased at the Indiecade Conference in October. I will be volunteering for Indiecade too and excited about it. It is a conference dedicated to independent game developers and a place to showcase interesting game concepts and mechanics. It will be quite different from experience from the Game Developers Conferences that I attended last year.

I hope to continue to work on improving my Japanese skills too. Alex, another IMD grad student in my year, has been teaching English on a small Japanese island and is quite fluent in Japanese. He is also planning to teach me parkour! I hope I can transform myself from an meek, somber person to an excited and enthusiastic student. Maybe be by the end of this I will be a Game Designer/Developer/Producer or just a rock!

With this new chapter in my life my vision and thoughts will evolve and transform.